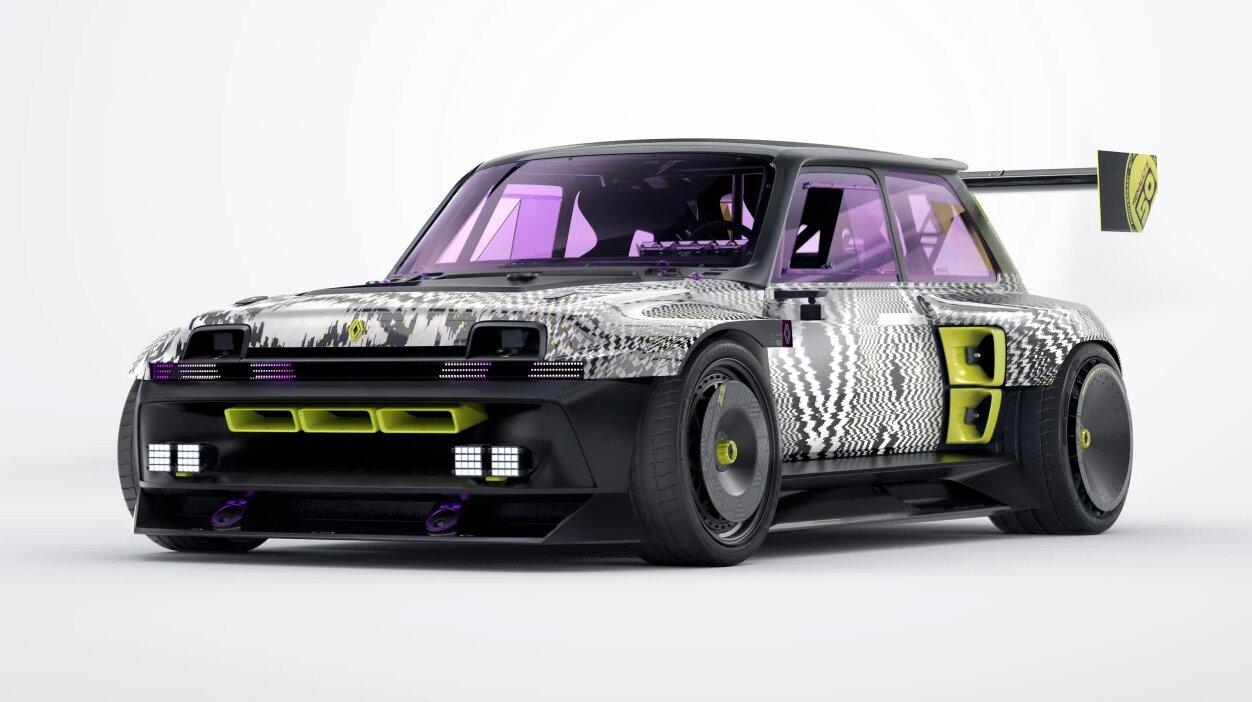 We all know that cool Renault R5 Turbo 2 with it’s wide stance and killer looks and performance (for back in the day). It is a real widowmaker and Renault has just presented us with the Renault R5 Turbo 3E. Please, pretty please Renault, make it.

The Renault 5 is a popular small hatchback in France. When it was first manufactured more than 50 years ago, it was not only a well-liked small commuter car, but it also served as the foundation for the R5 Turbo 2, one of the most renowned rally cars ever constructed.

In 1980, the pure homologation special Renault 5 Turbo (sans 2) was released for Group 3 and 4 racing as well as rally competition. Only 1400 were required to meet the requirements of international racing standards, but the R5 Turbo gained popularity and the street-legal models quickly rose to the top of the continent’s most sought-after pocket rockets.

Due to restricted manufacturing at the Alpine factory in Dieppe, Renault didn’t mind the R5 Turbo’s rising popularity and media attention.

With its aluminum doors and top panels, however, the early Turbos were expensive to produce and had a price tag of close to $30,000.

With its aluminum doors and top panels, however, the early Turbos were expensive to produce and had a price tag of close to $30,000. The R5 Turbo 2 debuted on the market at a lower price while still sporting the same thrilling fender flares and overtly aggressive appearance of the production R5. The inside of the second-generation Turbos is also much more subduedly designed and less art deco.

With a new electrified variant, Renault now aims to honor the car’s illustrious rallying past.

A new Renault EV R5 prototype was unveiled by Renault last year as part of the company’s attempts to electrify its lineup in the future years. According to a press release from Renault, the company intends to bring about an “electric renaissance” by producing an EV Renault 5. For its European lineup, the business aspires to an “all-electric future” by 2030.

This modernized tribute to the most renowned sporting variants of the Renault 5, the Turbo and Turbo 2, is the all-electric show car’s contribution to the Renault 5’s 50th-anniversary festivities. The moniker Renault R5 Turbo 3E makes sense given that it comes after the Turbo 2. “E” stands for electric.

“R5 TURBO 3E combines ultra-tech design and wilfully exuberance with numerous references to the world of car racing and video games. This combination propels the show car into modernity and technology, and it is at the frontier between the real and virtual realms. This pure electric “drifter” demonstrates that electric cars can also be fun with incredible performance!”

Renault is introducing the R5 Turbo 3E show car, an all-electric throwback designed to do just one thing: drift, to commemorate the 50th anniversary of the small supermini.

Renault R5 Turbo 3E is an all-electric, rear-wheel-drive pure drifter that is designed for performance and tracks. It is a rigid two-seater, just like its legendary ancestor.  However, the engine is now located in the back, with two electric motors driving each wheel and the batteries located in the center beneath the floor.

The Fédération Internationale de l’Automobile-approved roll bars and flat base shield the R5 TURBO 3E’s tubular chassis, which is supported by the vehicle (FIA).  The motor has a total output of 280 kW (equivalent to 380 hp) and an instantaneous torque of 700 Nm. With a top speed of 200 km/h, the latest-generation Renault R5 Turbo 3E can cover 100 meters from rest in under 3.5 seconds (3.9 seconds in Drift mode).

Its 42 kWh battery has enough power to complete numerous laps or an intense gymkhana. Its steering angle is greater than 50 in these circumstances, making it simpler to avoid obstacles.

The R5 TURBO 3E has about ten camera mounting brackets inside and outside the vehicle, including those that can be placed in the headlight and external mirror slots, which are ideal for capturing the greatest footage of the vehicle’s drifting skills.

Renault just displayed the vehicle a this year’s Chantilly Arts & Elegance 2022 competition in France and again in October at the Paris Motor Show. Whether or not the R5 Turbo 3E would go into full production has not yet been confirmed by the manufacturer.

However, it would make the world a better place if they would…Or would you prefer a solar-powered car? 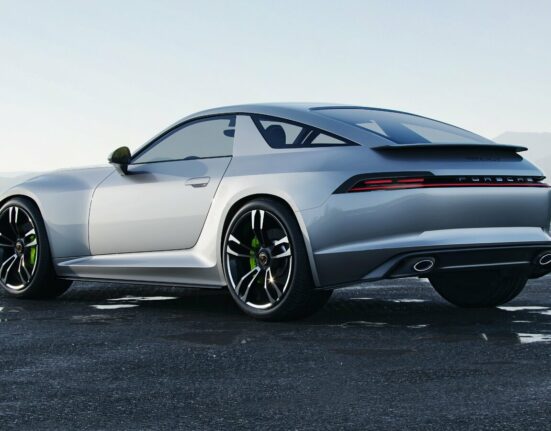