An EV motor controller is needed when you are converting your ICE car to an electric car. The power of an EV Engine is instant and without any form of control, you will lose control… Padum tss…

The rise of Electric Car Conversion is clearly here. Pioneers and early proponents recognized a simultaneous necessity to create motion control mechanisms and solid-state electronics in order to improve efficiency during the conversion of electric power as Motors and Batteries progressed. To satisfy the tough and dynamic demands during a vehicle operation, the fields of power electronics and embedded systems underwent a transformation as well. Motor Controllers, also known as Motor Control Units (MCUs) or Traction Inverters, are a result of this synergy in the development of motion control, power conversion, and embedded electronics.

Matched to the EV Engine

The controller is now totally dependent on the AC propulsion system. The precise controller that controls the electric motor uses the same technology that reduced the size of computers from a room to a desktop. The controller of the modern period is designed to fit under the hood of the car, ignoring concerns about the power source and the requirements of the moment.

The chosen controller must be able to handle the power of the employed motor. There are numerous businesses that produce controllers, including Kelly, Alltrax, and others. The choice of the controller would be determined by which is most cost-effective. One thing to keep in mind is that it ought to match the motor’s capability.

Otherwise, it might restrict the motor’s performance, which would lower the vehicle’s efficiency

In order to control the electric vehicle’s speed and acceleration based on throttle input, the Motor Control Unit (MCU) is an electronic module that interacts between the batteries and the motor. The controller controls the battery’s energy flow while converting the direct current from the battery into alternating current. During regen, the controller also reverses the direction of the motor, which recharges the battery.

Voltage, Power, and Current are the three basic classifications for motor controllers designed for electric vehicle applications. Such details for various vehicle classes are compiled in the table below.

The Need for an Efficient EV Motor Controller

The Efficiency of the Motor can be increased either by altering Input Current or Flux to have a better-resulting Torque. But modifying these parameters affects the size of the motor which is governed by EV space and weight. Therefore, the design of an efficient controller becomes of paramount importance.

How to extend your EV Range? 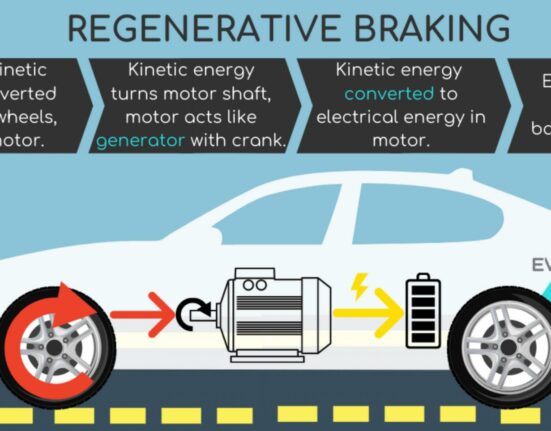 All you need to know about Regenerative Braking