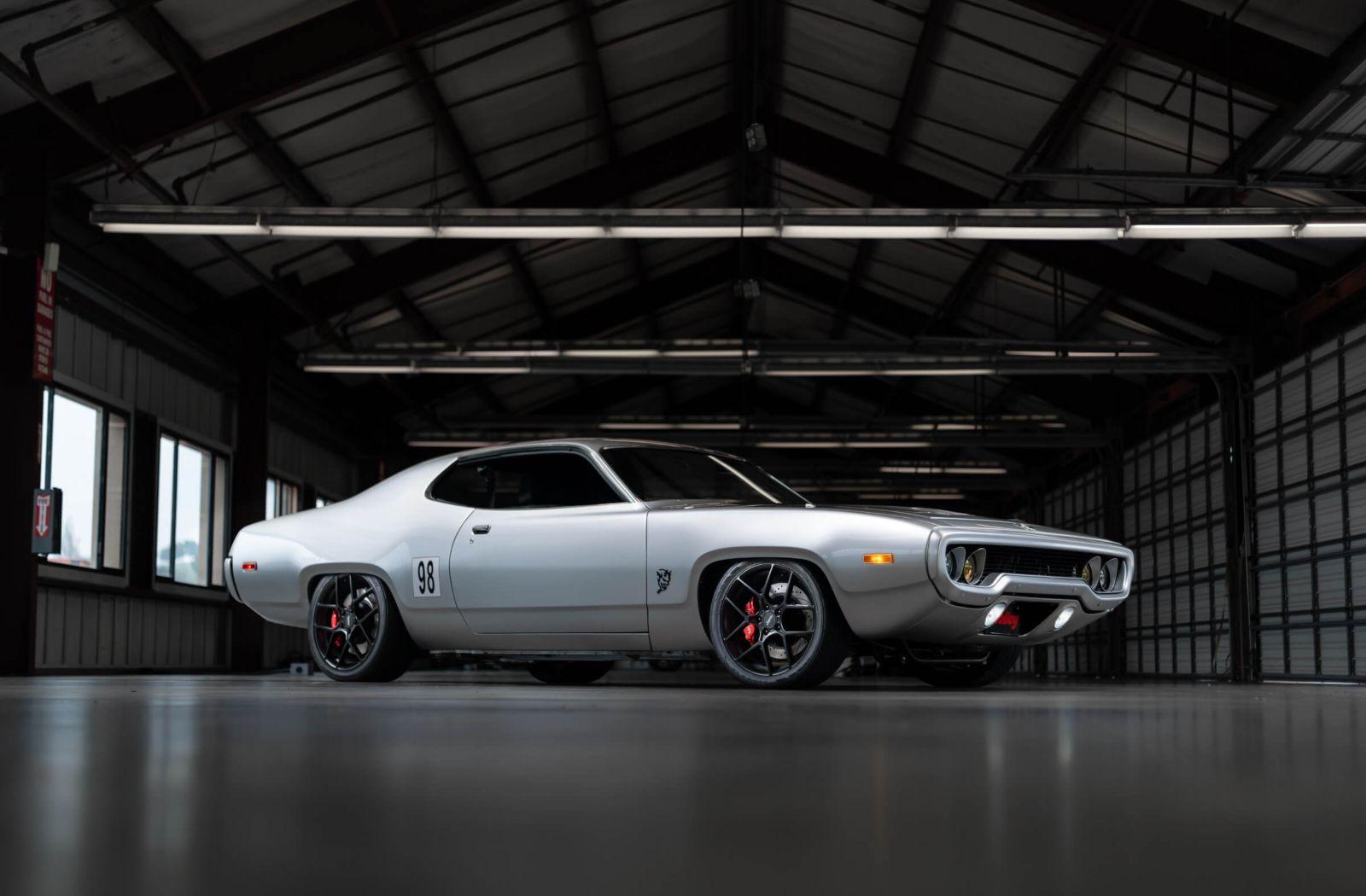 For many, this looks like car blasphemy, but hang in there for a minute to read up on this Tesla Swapped Plymouth.

Daisy or the Cars…

I guess, if you are between the age of 30-60 you may have heard of the TV series Dukes of Hazzard. Some people were enthralled by Daisy Duke’s automobile, while most were in love with the 1969 Dodge Charger driven by the Duke lads. It was a yellow 1974 Plymouth Road Runner for the first five episodes of the first season and a similarly colored 1971 Plymouth Satellite for the remainder of the season. If you’re not a fan of muscle cars, you should know that the Satellite and Road Runner, the two vehicles shown in the show, were almost identical. However, who would have thought about a Tesla Swapped Plymouth?

Kevin Erickson of Denver, Colorado was one among the children whose mouth dropped to the floor as they watched Daisy’s ride on TV. The third-generation Satellite coupe forever maintained a special place in his heart, even though he eventually acquired a 1969 Dodge Dart that he steadily personalized in the years that followed.

He decided it was time for a new project car after finding one on Craigslist a few years back. It was ideal for what Kevin had planned because the 1972 Satellite’s former owner had wanted to restore it but had only been able to work on the body and give it a fresh coat of paint. No, he had never considered electrifying it at that time. He purchased a destroyed truck, removed the engine, and prepared it for the Plymouth with the intention of powering it with a twin-turbo Gen III HEMI

Some history before we continue

The Plymouth Satellite is a mid-size car that was first offered in 1965 as the top trim level in Plymouth’s Belvedere range on the “B” platform. The Satellite, which was initially only offered in two-door hardtop and convertible variants, was the top model up to the 1967 model year. A higher “Sport” trim was added, along with a station wagon version.

For 1975, Plymouth’s mid-size vehicles were given the Fury moniker, and the Satellite moniker was dropped.

But one day the crazy notion of replacing the HEMI with a Tesla engine started to creep into his head. Having worked on various muscle vehicles since he was a teenager and being a lifelong Mopar enthusiast, he was experienced with traditional ICE upgrades and engine swaps, but an EV conversion was unexplored ground.

Kevin contacted California-based Stealth EV, a business that specializes in such conversions, after realizing that the engineering task was too challenging for him to take on alone but being passionate about following through with it. The concept was straightforward but challenging to execute: use a Tesla powertrain and install it inside the Satellite while keeping the vehicle’s original rear-wheel drive.

It was pretty challenging for Kevin to get all the parts for this EV Conversion. Tesla HQ is not particular fan of a Tesla Swapped Plymouth or any other car in that sense. By teaming up with Stealth EV they could make it happen and they even had an entire rear subframe + engine of a Model S Tesla for him. Next to that, he needed to collect a ton of other parts and tools to get started. Perhaps he has spent some time here to read up on DIY EV Conversions.

Kevin was pretty fanatic about this project (Obviously) and also documented it all on Youtube. Click here for this channel where you see this Tesla Swapped Plymouth take form.

The coolest thing about this project is that about everything bolts onto the body, with no radical alterations. This was finished as a kind of safeguard if we would feel that he needed to abandon the EV change and returned to the old arrangement of fitting a cutting-edge HEMI inside the Plymouth’s engine bay.

The total Tesla powertrain and its subframe were mounted instead on the Plymouth’s subframe. Everything appeared to fit together well, aside from the Tesla struts which represented a big issue so a custom push-rod suspension system was developed and tweaked to help with the additional load of all the electric equipment.

To drive the electric engine, the group figured out how to snag a 100-kWh pack. While the Model S was intended to house the cells inside the undercarriage for ideal weight conveyance, this design was not feasible with the old Plymouth unibody which would have required great changes.

The issue was shrewdly tackled by mounting ten of the sixteen battery modules inside the engine bay. The excess six were placed in a DIY storage compartment. This gave the 4,350-pound (1,973 kg) vehicle a weight balance of 45/55 front-to-raise.

To stop this Tesla Swapped Plymouth, there were some Wilwood calipers mounted combined with drilled and opened rotors in the front, while for the back, the first Tesla Model S brakes were held.

After roughly a year and a half of exhausting work, Project Electrollite was finished in the summer of 2021. It had about 600 horsepower and a range of 250 miles (402 kilometers). It was driven to the drag strip at the first Holley High Voltage a few months later, where it consistently ran for 12 seconds. The organizers conducted an interview with Kevin and produced a fantastic video, which you can view in this post. 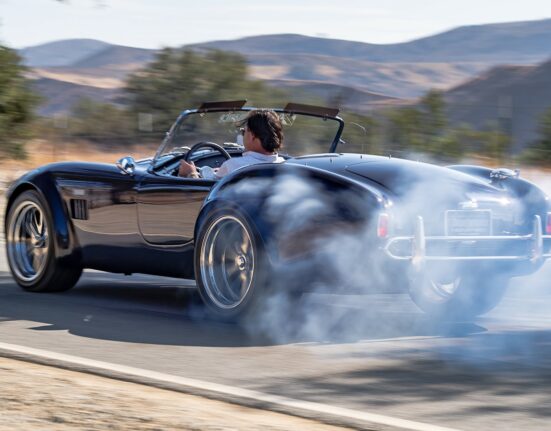 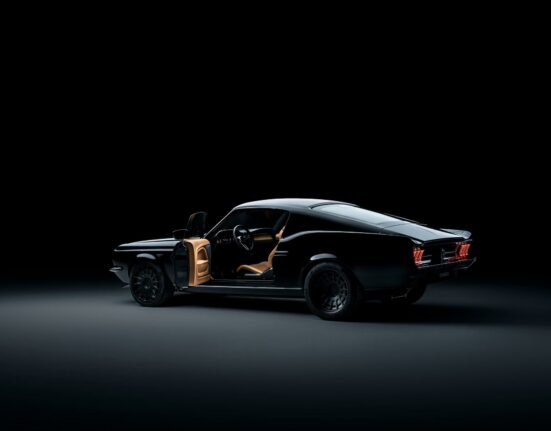 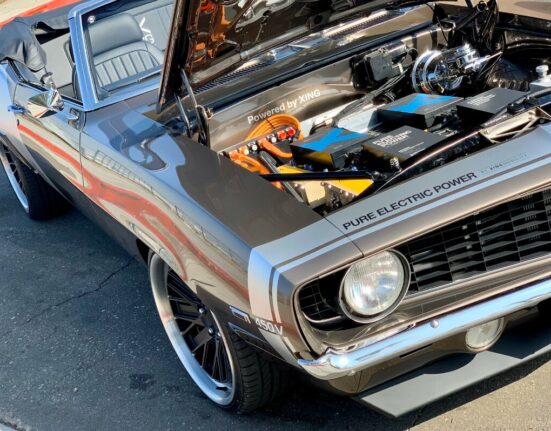 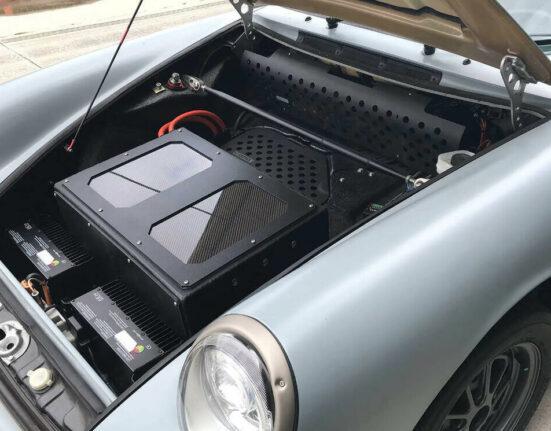